“If you want to know what beauty is, go out into nature. You will find it there.” Albert Duerer

The area surrounding Rothenburg ob der Tauber provides a broad array of fun and challenging activities. Whether it’s hiking along the romantic road, or cycling, or golfing, or swimming, our idyllic region is an abundant source of fun, play and excitement.

Here are some helpful tips for planning that next great adventure. If you need further information, please don’t hesitate to ask. 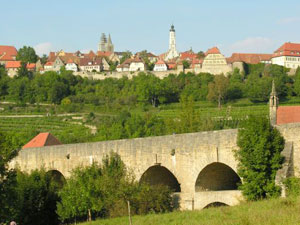 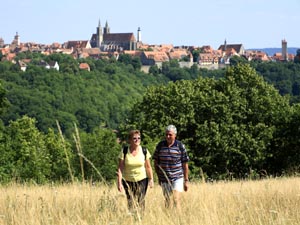 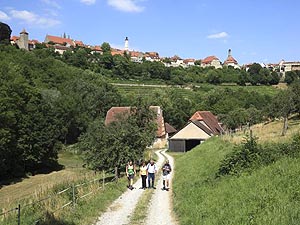 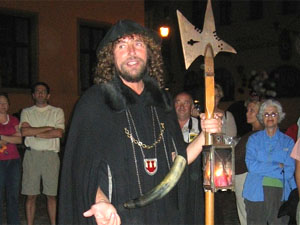 Discover one of Germany’s most beautiful towns and immerse yourself in the ambience of a bygone era.
St. Jakob’s Church
It’s been described as a piece of Heaven. The Alter of the Holy Blood by Tilman Riemenschneider. It’s just one of many magnificent masterpieces housed inside the church. On the south side you’ll find the stone tabernacle depicting Christ and the sleeping Apostles. St. Jakob’s Church has been a destination for Pilgrims since the 14th century.
Burggarten (Castle Gardens)
By day, the gardens offer a captivating view of the Tauber valley.  In the evening, the lights of the castle gate and the city below make this a most romantic spot.
Imperial City Museum
This museum is located in a former convent dating back to 1257. For century the Nuns who lived here provided assistance to the poor. Now, art lovers can view paintings by English artist Arthur Wasse. Museum tours are a trip back in time as visitors get a first-hand look at medieval life.
Das Klingentor
It’s quite simply one of the most beautiful attractions Rothenburg has to offer. The Klingen Tower was built between 1380 and 1390 and provided fresh water for the city. The bastion in front was added at the end of the 15th century and is also part of the Wolfgang’s Church. In all, it’s an imposing example of medieval architecture and history.
Der Weisse Turm
The White Tower is the oldest tower in Rothenburg and the gate dates back to the first city wall, built in the 12th century.
Das Galgentor
Convicted criminals were hanged outside the Galgentor (Gallows gate). Executions were considered a cause for celebration.
Das Roedertor
An important bulwark in the city’s fortifications.
Der Markusturm
St. Mark’s Tower was used as a prison until 1844. It’s 22 meters high with walls up to two meters thick.
Die Johanniskirche
St. John’s Church dates from the 15th century. On the outer walls you’ll find a stone sculpture of John the Baptist and St. Christopher.
The Criminal Museum
The building is a former seminary of the Order of St. John. Here you’ll find a wide array of torture devices and other instruments used to mete out punishment in the middle ages. The museum also documents the medieval Witch Hunts.
Das Ploenlein
The Ploenlein (little square) is one of the most photographed spots in the world. After viewing it, take a relaxing stroll outside the walls along the “Tauber Riviera.”
Der Stoeberleinsturm
This is the only tower in Rothenburg that still has its original roof intact. A truly beautiful tower that gives visitors a glimpse of how magnificent Rothenburg was in its heyday.
Die Spitalbastei
The Spital-Bastion dates back to 1616 and was the last bulwark built in Rothenburg. Visitors will be amazed at how advanced the building techniques of the time were.
Die Stadtmauer
The city walls have been extended three times. Initially the stones of the “old castle” were used, after it was destroyed in an earthquake in 1356. Shell limestone was the preferred material as it is a very robust and resistant stone. Quarry and sandstone were also used.

Rothenburg is a charming town that carefully preserves the memory of its illustrious history.  Festivals, celebrations and commemorations throughout the year help bring the past to life. Use the following link for an overview of major events in Rothenburg. 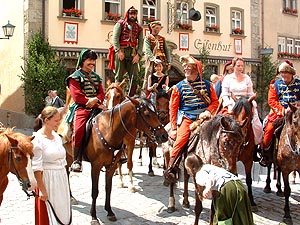 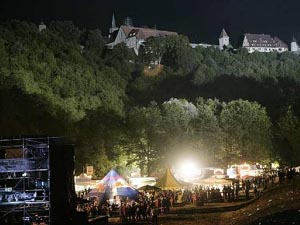